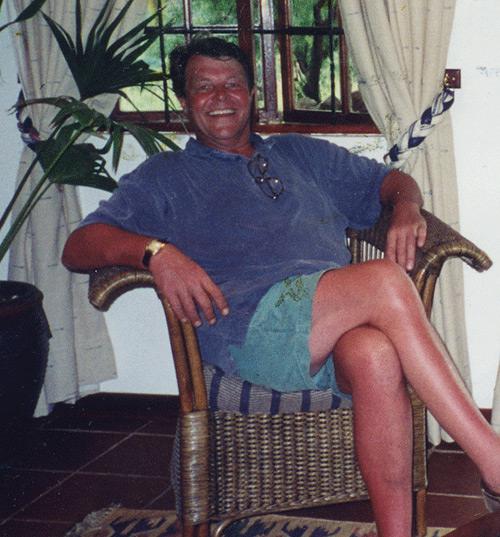 Have you ever wondered how the Propress Professional Steamer became the market leading atmospheric steam generator in the UK? Where did the idea of a portable garment steamer come from?  Learn about the Propress Steamer’s origin story.

Some 35 years ago Brian Fillery of Propress discovered steamers – not the paddleboat kind, nor the healthy food types, nor those ones that remove wrinkles from the face.  What he discovered was a way to make life easier for those in the fashion industry.  Enter the fabric steamer…

“In the 1980s I was a fashion agent and importer dealing with merchandise and products from South Africa.  The fashion collections proved to be winners and my stockist list included Saks of Fifth Avenue, Harrods, Harvey Nichols, Fiorucci, Whistles, Simpsons in Canada (now the Bay), Joseph and Bergdorf Goodman.

One season’s deliveries from my principles – viscose and poplin – were so creased that the Americans threatened to return them, so I hopped on a plane to New York. That’s when I discovered steamers, and ended up steaming several thousand items on hangers in the basement stockrooms of some of the above famed establishments.

The contraption had (and many still have) an inverted water bottle that wobbled on it’s equally wobbly base.  Use of distilled water was stipulated, steam came up a tube, out of an aluminium nozzle, and magically creases fell out – I was so impressed that I started importing this American steamer and selling it in England from the corner of our stands at fashion shows.

With our experience in electrical appliances and family invention of a pressure cooker (the Fillery Health cooker), we developed the Propress – a steamer using a different principle of creating the steam designed for commercial applications.  Trade reaction was positive but there was still some scepticism.”